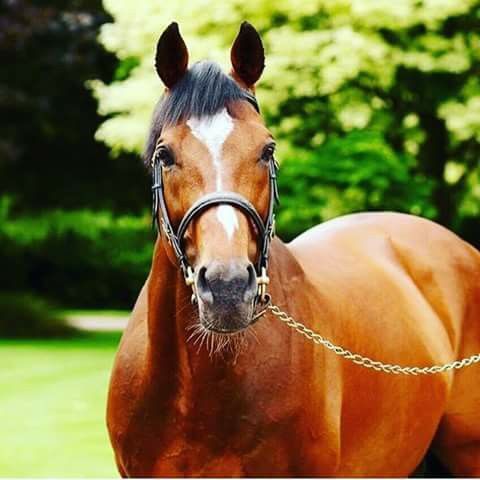 The legend of Galileo gained a new chapter on Saturday, as his daughter Peaceful  handed the stallion his record-breaking 85th Group 1 winner as she scooted clear to win the Irish 1,000 Guineas at the Curragh, moving one clear of Danehill’s  record.

Fittingly the win came in the race that provided the stallion with his first ever Group 1 scorer when Nightime landed the race in 2006.

Trained by Aidan O’Brien-trained filly pulled clear in the closing stages to beat the Donnacha O’Brien-trained Fancy Blue by two lengths with another head back to the winner’s stablemate So Wonderful  in third, while there was a head back to New York Girl (New Approach) in third – with the first four placings filled by members of the O’Brien family.

O’Brien said the Coronation Stakes (Gr 1, 1m) at Royal Ascot on June 20 could be on the agenda, depending on how Peaceful comes out of the race.

“She’s a lovely filly, she always was. We always thought a lot of her and she was working lovely,” said O’Brien.