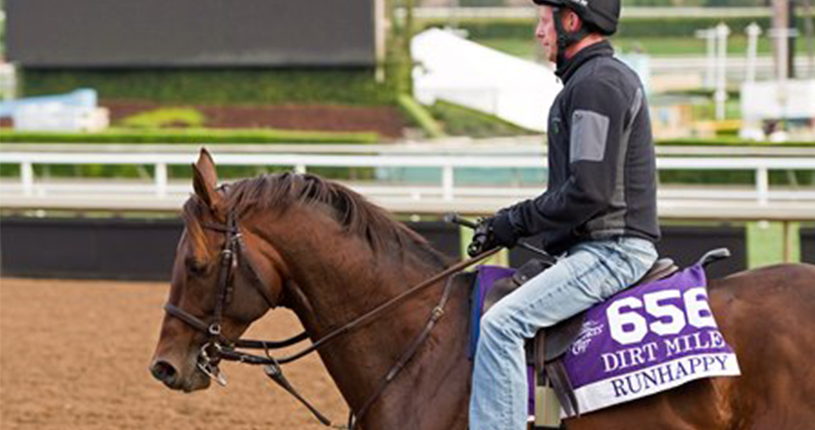 Runhappy , North America’s champion sprinter of 2015, was represented by his first winner July 8 at Indiana Grand when his son Libertyrun drew away for a 6 1/4-length victory in his debut in a $31,000 maiden special weight.

Breaking from the far outside in a field of 12, the juvenile colt pressed the early pace under Miguel Mena, took the lead leaving the turn, and extended his advantage to the wire. He completed 5 1/2 furlongs in 1:05.63 on a fast track.Runhappy, a three-time grade 1 winner, stood at Claiborne Farm in Paris, Ky., this year for a fee of $25,000. Like Libertyrun, he was a first-out winner, graduating at Turfway Park by 8 1/4 lengths in December 2014.A son of Super Saver , Runhappy went on to capture the NYRA.com King’s Bishop Stakes (G1), the Stoll Keenon Ogden Phoenix Stakes (G3), the TwinSpires Breeders’ Cup Sprint (G1), and the Malibu Stakes (G1)—all as a 3-year-old.