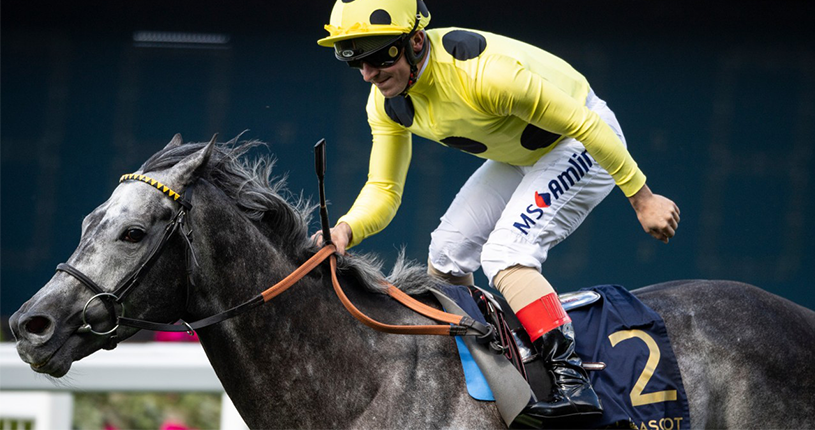 Top-class racehorse Defoe has died after suffering a fatal injury on the gallops on Wednesday.

The grey’s nine career victories including a Group One triumph in last year’s Coronation Cup at Epsom and success in the Hardwicke Stakes at Royal Ascot on his very next start.

The six-year-old son of Dalakhani was last seen finishing third when defending his Hardwicke crown and was in line to make his next appearance in the L’Ormarins Queen’s Plate Glorious Stakes at Goodwood on Friday.

A statement on Defoe’s trainer, Roger Varian,’s website, wwww.varianstable.com, read: “We regret to announce that Group One winner Defoe suffered a fatal injury on the gallops this morning.

“It is probably not a safe assumption that only those who were closely connected with the horse will be heartbroken that he has left this life. Although not large in stature, Defoe had the heart of a lion and his adoring fans from around the world will no doubt join us in mourning his loss and celebrating his achievements.”

The statement added: “At the age of five, he lit up Epsom on Oaks Day with a perfectly-timed run up the inside rail to win the Coronation Cup under his regular jockey Andrea Atzeni.

“His subsequent success in the Hardwicke Stakes at Royal Ascot was to be his final victory, the ninth of his career from 22 starts. His short-head defeat in the City of Gold at Meydan this spring left us dreaming of what might have been as his long-term target, the Sheema Classic, was abandoned three weeks later following the coronavirus outbreak.

“It is a great sadness that Defoe’s final race came at an eerily empty Royal Ascot where he ran an admirable race to finish third in the Hardwicke Stakes, a scene that was a world away from those jubilant celebrations with Sheikh Mohammed Obaid in the winner’s enclosure 12 months previously.

We can’t help but have favourites and Defoe was everyone’s favourite horse; from his groom Mark, head girl Dee, regular rider Korrie and to Roger and Hanako’s children he was a star – and such was his popularity with them that they had a rocking horse made in his image.A lasting memory for a great horse.”