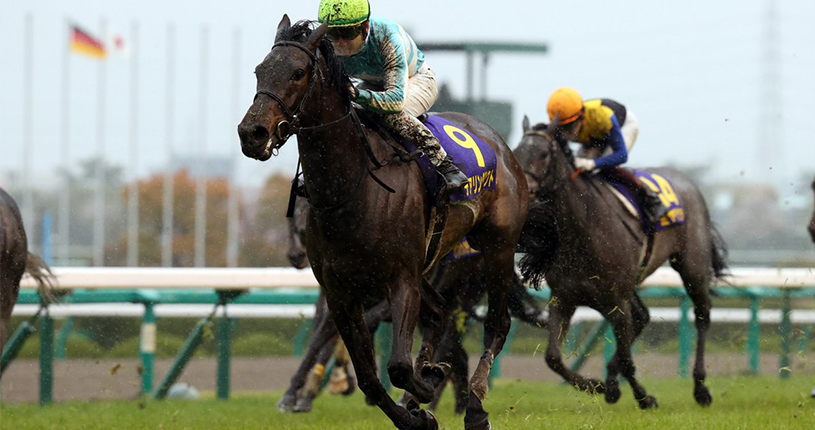 Comfortably maintaining her perfect status in Sunday’s Shuka Sho (G1) at Kyoto, Daring Tact became the first unbeaten winner of Japan’s Fillies’ Triple Crown, and sixth overall. Moreover, she kept alive the dream of an unprecedented “double” Triple Crown in Japan, with the undefeated colt Contrail all the rage to complete his own classic sweep in next Sunday’s Kikuka Sho (G1).

Unlike Contrail, who tipped his hand last season as champion 2-year-old colt, Daring Tact has been a bolt from the blue. The Normandy Thoroughbred Racing Co. colorbearer raced just twice at Kyoto – in a newcomers’ event Nov. 16 and the Feb. 8 Elfin S. – before announcing her presence on the big stage in the Apr. 12 Oka Sho (Japanese 1000 Guineas) (G1). She went off favored for the first time in the May 24 Yushun Himba (Japanese Oaks) (G1), and extended her sequence to five in the Shuka Sho.

The daughter of Epiphaneia broke in good order from post 13 and bided her time well off the pace dictated by Maltese Diosa. Down the backstretch, Matsuyama gave her the cue to advance, and she smoothly improved her position to reach striking range swinging for home.

Although others were also fanning wider out in the cavalry charge into the stretch, Daring Tact soon asserted and drove to a 1 1/4-length decision over Magic Castle.