Eight in a row for Danon Platina sire 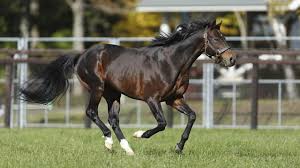 In the 2019 general ranking in Japan, Deep Impact (by Sunday Silence (USA)), who produced 10 generations over his career, remained in the top spot throughout the year, becoming the champion sire in this category for the eighth consecutive year.

Heart’s Cry (by Sunday Silence (USA)) occupied the second place in the general sires ranking for the first time, displacing King Kamehameha (by Kingmambo (USA)), who had held the position for seven consecutive years. The sire has produced strong performers across all age categories, with five-year-old mare Lys Gracieux (who was awarded the title of Japanese Horse of the Year) winning the Arima Kinen (The Grand Prix) (G1), the Takarazuka Kinen (G1), and the Australian Cox Plate (G1), five-year-old son Suave Richard winning the Japan Cup (G1), and two-year-old colt Salios winning the Asahi Hai Futurity Stakes (G1).

The third place was Lord Kanaloa (by King Kamehameha), a newcomer in the top three who has produced three generations so far. The four-year-old daughter Almond Eye won the Tenno Sho (Autumn) (G1) and Dubai Turf (G1) in UAE, and three-year-old colt Saturnalia won the Satsuki Sho (Japanese 2000 Guineas) (G1).

In the ranking for the two-year-old category, Deep Impact became the ninth champion, retaining the title for four consecutive years. In this category, his son Contrail won the Hopeful Stakes (G1) and received a title of the JRA Awards as the Best Two-Year-Old Colt, in recognition of exceptional performances (won all three races contested). Also his daughter Ria Amelia won the Artemis Stakes (G3).

The second place was Kizuna (by Deep Impact), who won the Tokyo Yushun (Japanese Derby) in 2013 and also features in the first crop sires ranking this year. His sons performed strong so that pushed him up for the first position of the ranking over his own sire’s head until the end of September. His son Bien Fait won the Hakodate Nisai Stakes (G3), and Chimera Verite triumphed in the Hokkaido Nisai Yushun (Jpn3).

The top spot was held by Kizuna (by Deep Impact), who won the Tokyo Yushun (Japanese Derby) (G1) and French Prix Niel (G2) in 2013. The crop achieved numerous victories (34 victories by 27 runners) after their debut, with two runners triumphing in graded races. Among the colts, Bien Fait won the Hakodate Nisai Stakes (G3) and Chimera Verite triumphed in the Hokkaido Nisai Yushun (Jpn3). Among the fillies, Maltese Diosa notched two wins and finished second in the Hanshin Juvenile Fillies (G1), and Luce della Vita triumphed in the Cosmos Sho (OP).

Sadly now deceased, Deep Impact is represented in South Africa by the Mauritzfontein based champion Danon Platina, whose first foals are set to arrive this year.