FIRST MARES IN FOAL TO WALDGEIST 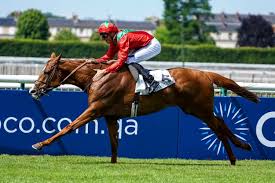 A son of the world’s premier sire Galileo, Waldgeist stands for €17,500 at Ballylinch Stud.

The chestnut won nine of 21 outings, while banking over £4.2 million in stakes, with Waldgeist winning G1 races at two, four and five (he won four G1 races in total during his career).

Out of the G3 winning Monsun mare Waldlerche, Waldgeist is a three-parts brother to G2 Prix de Malleret winner Waldlied.