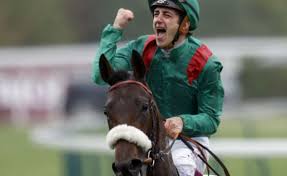 Christophe Soumillon became the most successful jockey in French history at Compiegne on Wednesday.

Soumillon, 38, won his 3315th race in France aboard the Aga Khan-owned Valeya in a 2400-metre four-year-old conditions race, surpassing the total of wins established by Yves Saint-Martin.

“I am very happy and very proud of this new record,” Soumillon told Equidia.

The Belgian-born jockey has won ten French jockeys premierships – known in France as the Golden Whip – but trails Saint-Martin who has won 15 titles.

Soumillon extended his winning haul with his 3316th winner aboard Ulan later on the card at Compiegne.