DERBY TO STAY AT EPSOM 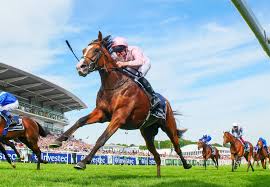 The Investec Derby (G1) is set to remain at its traditional Epsom home this summer after official local approval was given to the Jockey Club’s plan to stage the classic on a Saturday in July or August and with normal public access to racecourse land forbidden for 24 hours.

At a special meeting of the Epsom and Walton Downs Conservators, the nine participating members gave universal backing to the proposal, removing fears the world’s most famous flat race could leave Epsom for the first time outside of the two world wars.Epsom will now work with the local police and other bodies to finalize the process whereby the racecourse would be fenced off around its perimeter, allowing a seven-race card, featuring the Derby and Oaks, to be held behind closed doors, in line with ongoing government instructions.The seven-race card, which will be broadcast on ITV, will not include the Coronation Cup (G1), this season provisionally due to be held at Newmarket on Guineas weekend, while the Investec Dash will not be possible as the first furlong of the sprint track falls outside the exclusion zone.