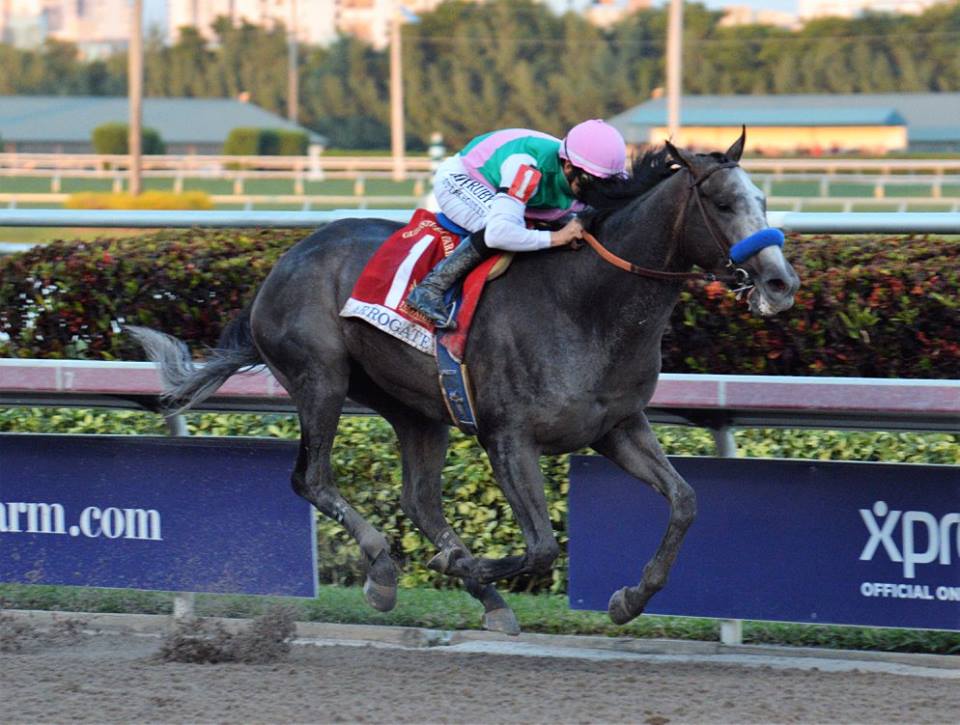 US Champion Arrogate,, has died, according to Ray Paulick, publisher of Paulick Report. He was 7.

Paulick tweeted Tuesday that Arrogate developed “an apparent neurological issue in his neck.”

The son of Unbridled’s Song will be remembered as an especially talented late developer, breaking his maiden in June of his sophomore season before making the Travers his stakes debut. He stopped the clock in 1:59.36 for the fastest 1 1/4 miles ever run at Saratoga.

Arrogate then trained up to the Breeders’ Cup Classic, defeating eventual Horse of the Year California Chrome in a memorable stretch battle at Santa Anita Park. Two more scintillating performances — a win in the 2017 Pegasus World Cup (G1) and a come-from-behind Dubai World Cup (G1) victory — closed out the colt’s brief but remarkable run atop the racing world.