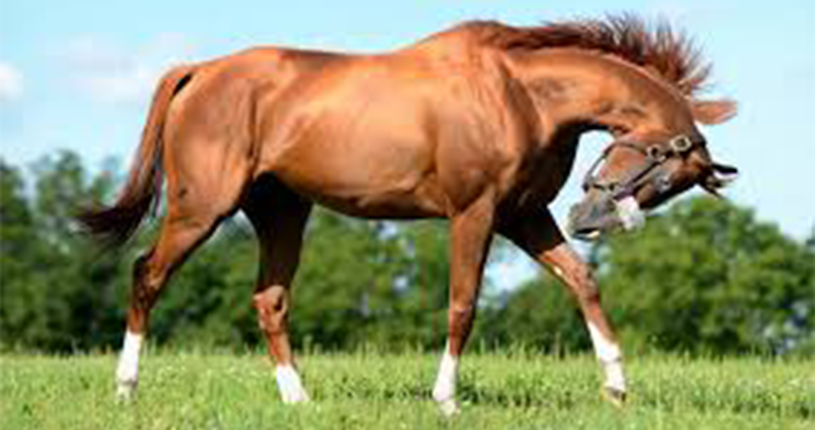 Two-time North American Horse of the Year California Chrome was represented by his first winner at stud on Saturday, when Sunkar Time won a maiden race at Krasnodar Racetrack in Russia.

Sunkar Time prevailed in a 1,400-meter race (about seven furlongs) in 1:30.1 under jockey Myrzabek Kappushev, winning on debut for owner Rustam Mantikov and trainer O.S. Samokhina.

A 9-year-old son of Lucky Pulpit, California Chrome became one of the top runners of his generation during his on-track career, winning 16 of 27 starts for $14,752,650. He was named Horse of the Year in 2014 and 2016, and racked up a list of notable victories including the Kentucky Derby, Preakness Stakes and Dubai World Cup, along with scores in the Grade 1 Santa Anita Derby, Hollywood Derby, Pacific Classic Stakes, and Awesome Again Stakes.

California Chrome is out of the winning Not For Love mare Love the Chase. Champion Cascapedia is in his extended family.