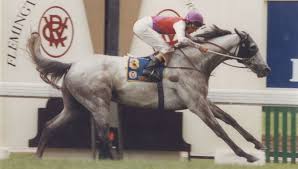 Australia lost one of its most charismatic equine stars when Subzero was enthanised on Saturday following heart complications.

Subzero became a household name after beating favourite Veandercross when he was four years old to win the 1992 Melbourne Cup in heavy conditions.

In a striking coincidence, Subzero died at exactly the same time of day as his long time carer, Graham Sailsbury, who passed way on June 20 from cancer.

Subzero had a stellar year in 1992, winning the Adelaide Cup, South Australian Derby and the Melbourne Cup.

Over his career he won six out of 48 starts, but his victory at the 1992 Melbourne Cup was sadly to be his last.