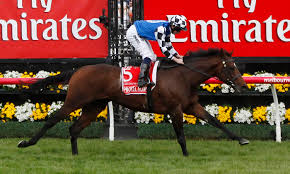 The huge Australian fanbase of the 2014 Melbourne Cup winner Protectionist will be pleased to learn that the son of Monsun is off the mark as a stallion with the Gestüt Paschberg homebred Sporting opening his account over 1600 metres at Weidenpesch, Cologne.

It was just the second start for Sporting who came away to defeat Atraaj by two and a quarter lengths with Quizzer a neck back in third.

To date, Protectionist has only had a handful of runners. His daughter Milka was second in Listed Grosser Junioren Preis at Dusseldorf in August.

He won eight races, and more than AUS$4.380 million in prize money, with Protectionist scoring his biggest win when victorious in the 2014 G1 Melbourne Cup. 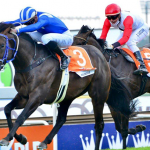