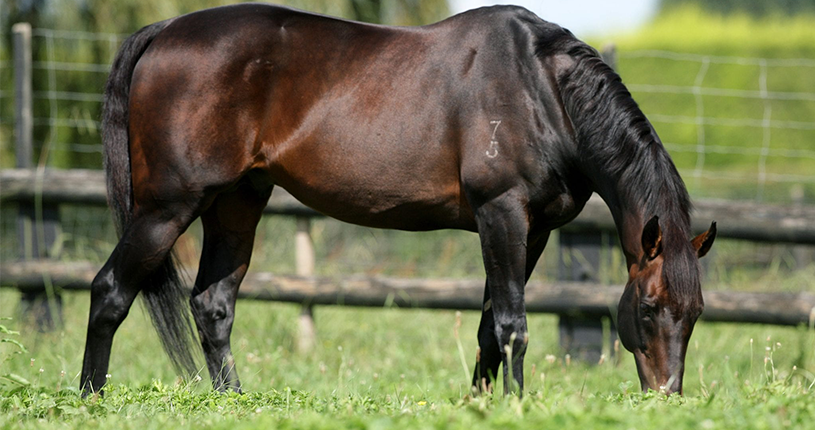 The momentum gathered on the opening day of New Zealand Bloodstock’s 95th National Yearling Sales Series continued today on Day Two of Book 1, with the clearance rate rising to a healthy 80%.

Bloodstock Sales Manager Danny Rolston is buoyed with the outcome at the closure of trading on the second day.

“This strong result is a testament to our vendors who were willing to meet the market, as well as buyers involvement both locally and internationally, who are keen to invest in the New Zealand thoroughbred,” he said.

New Zealand-based stallions were in high demand throughout the second day, represented by eight of the top ten highest priced lots.

The highlight of the day was Lot 367, a Tavistock colt out of Echezeaux (NZ) (Encosta de Lago) purchased by Te Akau’s David Ellis (CNZM) for $520,000. Hailing from one of Pencarrow Stud’s famous families, the colt is closely related to champion sires Darci Brahma and the late Burgundy.

Te Akau trainer Jamie Richards secured the colt over the phone for Ellis and was pleased with the stable’s latest edition.

“He was a beautiful colt, a bit neater and less rangy than some of the other Tavistock’s that could potentially need some time.

“We think he can be up and running in the Autumn as a two-year-old and develop into a 2000 Guineas-winning colt,” Richards commented.

Greg Tomlinson was responsible for the second highest purchase of the day, another Pencarrow-bred yearling (Lot 254) by Savabeel out of Asama Blue (Fastnet Rock) secured for $450,000.

“What I liked about the filly was her international pedigree,” Tomlinson said.

“She is out of a top American family and was an excellent type, which was confirmed with strong competition.

“I know of the mare who is also a great type from the renowned Pencarrow nursery which have some fine horses under Sir Peter and Leon’s stewardess.

“I believe her pedigree will go well with our domestic stallions and I’m delighted to be able to support the New Zealand industry,” he said.

Several vendors cleared a solid day of trading, highlighted by leading vendor by average on Day Two Trelawney Stud, selling eight lots for an average of $246,875.

Hallmark Stud and Woburn Farm followed a similar trend, selling eleven and twelve lots for an overall average of $175,455 and $175,417 respectively.